On the 27th March 2018, the UK Government announced that it would be implementing a new Deposit Return Scheme, much like those that have been present in countries such as Norway, Germany and Canada for many years. But the question is, what really is a Deposit Return Scheme?

What is a Deposit Return Scheme? Deposit Return Schemes have been introduced by many countries across the globe; these schemes attempt to improve recycling rates and reduce littering. The basics of the scheme are that when you go to the supermarket and buy a bottle or can (the UK government is targeting single use plastic bottles, aluminium cans and glass), you pay a deposit on top of the cost, so the can of cola that you usually buy for 50p is now 60p, for example (10p deposit). When the can has been finished with, you can get your 10p back by taking the can back to the shop and placing it in a ‘Reverse Vending Machine’, which is a machine that will allow you to put bottles or cans in and receive your 10p back as a voucher or coin. These vending machines will most likely be located inside supermarkets or shopping facilities. This deposit of 10p is designed to create an incentive to bring back your can or bottle, which can then be collected and sent for recycling.

Why is this being done? The UK Government is looking to follow in the footsteps of other highly successful countries that have implemented a Deposit Return Scheme. Norway for example, has a recycling rate of around 95% for plastic bottles and has implemented a return scheme since 1999. In contrast to this, the UK has never had a return scheme in place and has recycling rates for plastic bottles of around 57%. Therefore in theory, more bottles and cans should be recycled and less litter should be dropped. Similarly to the plastic bag levy that has been in place since 2015 in England, bottles and cans will now have a value, meaning that people are likely to take them back to shops and less likely to litter. Is this scheme perfect? In short, no, despite the scheme being a step in the right direction towards improving recycling and awareness in the UK, there are a number of drawbacks. Firstly, the scheme may be costly to implement and it will take time to create the necessary infrastructure (reverse vending machines, collection vehicles etc.). Secondly, a lot of recycling and energy from waste plants in the UK rely on recyclable material in order to be sustainable, without these cans and bottles, these plants may struggle. However the scheme should reduce litter on the street and provide possible incomes for those willing to pick up other people’s rubbish and return it to the shop.

Additional considerations The newly proposed scheme for returning cans and bottles will not eliminate littering and waste issues completely. Other measures such as finding alternatives to plastic, reducing the amount we use and providing drinking fountains (to reduce reliance on plastic bottles in public) should be thoroughly explored and implemented. A lot of information on how the scheme will be created, run and maintained is still missing, so the finer details are still unknown. However a Deposit Return Scheme should have positive effects as long as it is implemented correctly and the possible drawbacks of the scheme are mitigated for through thorough consultation and planning. 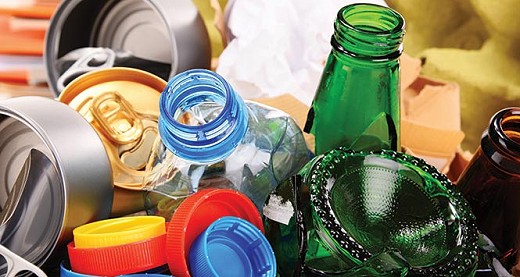